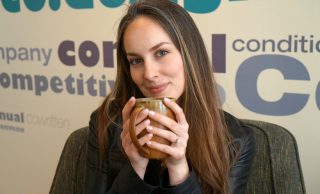 Some people are too demanding in a relationship, and because of that, things can fizzle out. I’ve been dating my boyfriend Josh for a little over a year now, and over the course of it I’ve truly taken one lesson to heart: the most important factor is his happiness, as long as I’m also happy.

How do I achieve this zen outlook? It’s really quite simple. Dating is like being a member of a team, so one person’s achievement is both of your achievement. To continue the metaphor, if my boyfriend has scored a “happiness” goal, then I’m happy too, assuming that I have also scored my own happy goal. By putting my boyfriend first and/or second, I am showing him that his happiness is my happiness, if I’m also independently happy.

For example, earlier this week, Josh and I were deciding where to go for dinner and realized that we had different restaurants in mind. While I wanted to go somewhere upscale, he was in the mood for a sports bar where he could watch the game and eat wings. Because I love him, I wanted him to be happy—and knew that would make me happy. So, I indulged him by agreeing to go to bar, then threw a tantrum so that he offered to take me to a fancy Italian restaurant in which I allowed him to check the score on his phone every twenty minutes. It’s compromises like this that keep our relationship strong.

The sacrifices I sort of make for my boyfriend aren’t always that obvious; sometimes they reveal themselves in small ways during everyday life. Every once in a while I’ll give him exactly what he wants, like a head massage while he goes down on me or a marathon of his favorite TV show right before I leave the house. When I can do something that I know will put a smile on his face, I just have to do it—unless it’s not exactly what I want; then I definitely won’t do it.

Since adopting this mantra, the bond between Josh and I has only become stronger. There are times when I swear he can read my mind—but then I remember that it’s because I told him exactly what I wanted and he did it. Over the past thirteen months I’ve watched myself grow into a girlfriend who’s incredibly easygoing and giving, as long as I’m getting my way at all times.

Some people may say that being this selfless with my boyfriend is unnecessary, but I know that with all the time and effort he puts into our relationship, it always eventually comes back to benefit the both of us. But most importantly, me.

Melania Trump Responds: ‘The Only Thing We Have to Fear is Fear Itself’ Please, Take On The Burden Of Letting Me Know How I Can Help You With Your Loss