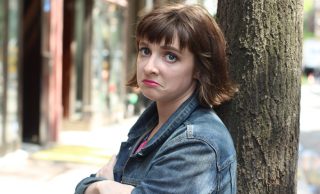 I strongly believe that everyone should be able to breastfeed in public peacefully without any judgment, but sadly this isn’t a reality for many new mothers. Just yesterday while I was walking in the park, I had to breastfeed on a park bench, and I was harassed by onlookers even though I was literally STARVING.

I mean, what do you expect from me??

Not only is breastfeeding maybe the most sustainable way to consume nutrients, it also has health benefits for the mothers and infants. My baby is pretty healthy already though, so I decided that I could reap the benefits of breastfeeding myself since there was nothing around for blocks and I was so fucking hungry.

Sure, I could’ve just gone home to get a snack, but why would I do that when I have two perfectly good snacks that are literally right there?

When I started breastfeeding myself on the park bench, I was met with several disgusted glances, and some people even saying “what the fuck?” or “put that away!” but looking back, I can’t believe that people would be so cruel to a new mother trying her absolute best, even though I was feeding myself, and myself only.

When I tried to tell people that all I’d had was a banana that day, they still didn’t have empathy for me. One man even told me “that isn’t an excuse to flash the general public,” as if I’m trying to expose myself for fun? I was totally hangry at that point and there was nothing I could do! I just wish more people could understand that.

Sure, people might have been disturbed by seeing me suck milk out of my own nipple, but I was disturbed by the fact that these people in the park felt the need to police my body. It was also so obvious that they just wanted some too and were understandably jealous.

Despite what the people around might think about me, I’m still going to keep breastfeeding in public. I’m not gonna let anyone’s opinion affect what I do with my own body, especially when I’m so hungry that my stomach starts grumbling. Who knows, maybe I’ll even let my baby have some, too!