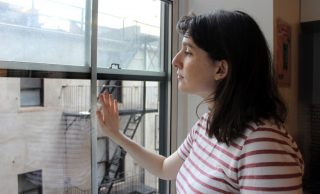 While I’ve always understood that we are what we consistently do, at least in theory, I would be lying if I said it didn’t come as a shock when I found that the little actions I take every day actually did end up defining who I am as a person.

For some people, this might be a good thing – but for me, it was devastating.

At first, I simply watched as my actions slowly became my habits. I watched as I went from buying myself some late-night candy as an occasional treat, to treating myself every single evening. I went from spontaneously watching all of Avatar: The Last Airbender in two days, to watching the show in its entirety at the start of every calendar week like clockwork. I went from sending my friends weird, off-putting TikToks they wouldn’t understand from time to time as a “joke”, to sending them at least seven every day before sunrise and referring to them, earnestly, as “avant-garde”.

Maybe I should’ve seen where this was going, but sadly I was ill-prepared and unadvised on how these actions would later ruin my life.

Somewhere along the way, undertakings that I had previously seen as “spontaneous” and “rare” or told myself I had just done “as a bit”, had become major aspects of my regularly planned schedule. Even then, I was confident that these habits didn’t define me. I was so comfortable in the “diligent, cool, jet-setting, thumb-on-the-pulse” vision I had crafted of myself, that I didn’t even see who I was becoming, until it was too late.

When my habits ultimately translated into my character, I was completely blindsided.

I had become an unchecked menace to myself and to society. I wasn’t diligent – I was a 10p.m. candy-regular at my local convenience store. I wasn’t jet-setting – I was my living room’s preeminent authority on the minutiae of the ATLA universe. And I definitely didn’t “have my thumb on the pulse” – I was sending my friends haunting TikToks with 3 views from the dredges of the Internet while still considering myself “literary” because I sometimes did the assigned reading in college eight years ago.

Accepting the fact that my actions became my habits and my habits subsequently became my character has been one of the most difficult journeys of my life. It forced me to completely abandon the perfectly curated self-image I had been crafting internally over the course of decades, and instead accept that my real self was actually the atrocious culmination of what I did every day.

While the road to recreating myself in the image of who I want to be will be long and winding, I know I’ll get there. It’s just who I am – starting tomorrow.