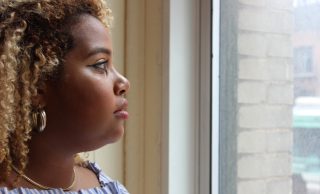 The Buddha once said that all life is suffering, and Jesus died in a really horrific way, so it’s safe to say that Western religions basically get that, too. However, life is also sometimes full of joy and laughter? At least that’s the sort of assurance I used to tell myself before my brain played the cruelest trick known to man on its very own vessel. That’s right: I thought it was Thursday when it was actually Wednesday.

Oh, what woe. What sorrow! I’ve never read Tolstoy, but I get the terrible feeling that if I did now, I would really understand it.

The important thing to note as I share my misfortune, is that Thursday is the best day of the week and Wednesday is literally the worst. Thursday is hope; it’s freedom. It’s also so sexy — maybe because it sounds like thirsty? Not really my job to figure it out, but we all know it’s true. So you can only imagine the absolute blow, the devastation I felt upon glancing at my phone, seeing “Wednesday”, and being brutally snatched from my heavenly delusions.

I probably thought it was Thursday for a cumulative 40 minutes (non-consecutive, but still). What a farce! Is that what a farce is? Well, whatever, you get it. A travesty maybe? It doesn’t matter! The point is it’s Wednesday and I want to fucking die.

A lot of people might think, “You’re describing a fairly common experience” or “It will be Thursday really soon” and those are the same people who would have been like “Well my neighbor is a Nazi and he’s always been perfectly nice to me.” I can’t elaborate on this comparison at this time, nor should you ask me to considering the kind of duress I’m experiencing.

In short, my whole understanding of how the rest of my life is going to go has just been turned on its head, and I’m left trying to pick up the pieces while wondering if it’s even worth it at all. Today? Wednesday? What the fuck does this mean for me? Should I go to law school?!

I LIVED IT: I Timed My Edible Wrong and Watched ‘Planet Earth’ Sober How I Cured My Depression by Walking 5 Miles Every Day, the Exact Distance to My Ketamine Dealer’s House