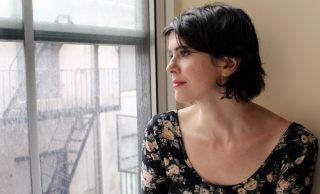 It was a day like any other: A few of my gal pals and I headed to a cute bar with great happy hour specials. My friends ordered their usuals, while I decided to mix it up and get a jalapeño margarita – fun, right? Well, the fun wasn’t meant to last. The bartender sauntered over with my drink and a smile, and that’s when it happened. I smiled back, looked him in the eyes, and made the dreadful utterance that haunts me to this day.

I’d heard it on Fleabag, and I thought it was a cool, new way to say “thank you”. Little did I know that here in the United States of America, that is not the case.

As soon as the word left my lips, the feeling of deep and abiding regret descended upon me. How could I say something so clearly not meant for me? Was I a charming Englishman? Was I a trillby-wearing try hard with no sense of social grace? I lost myself in that moment. I thought I could pull off saying “cheers” like some kind of European socialite or a guy who works in a brewery.

I was wrong. I had committed an atrocity.

Mercifully, my kind friends played dumb and continued with their drinks and banter, while internally, I was in chaos, knowing that what I did was unforgivable. Fellow bar patrons also continued on as if nothing had happened, only moments after my devastating snafu when I deigned to slink back to my table. And for that, I am so grateful. Even the bartender showed me such compassion by pretending he didn’t hear me, going as far as offering me a smile of pity. But I knew they knew. How were they going to forgive me? How would I forgive myself?

I tried to play it cool for the rest of our outing. But playing on repeat at the back of my mind was the same scene: me, flailing socially for all to witness, throwing in a “cheers” where there should’ve been a simple “thank you,” showing my true colors to the whole bar. I eventually had to remove myself from the ladies night out. I knew that I wasn’t equipped to handle the rest of the evening, and I didn’t want to subject my friends to having to be around a failure like me. I just couldn’t do that to them.

If you’re reading this, heed my warning: You might think that trying a cool new slang phrase will work out, but I promise you, it’s not worth the risk. I must live with the consequences of my poor decisions, but I will not have suffered in vain. Do as I say, not as I do. Ch**rs.

Why I Had To Kiss A Lot Of Frogs To Find A Man Who’s Okay With My Frog Fetish DUDE CORNER: Why Would I Use A Washcloth When I Can Just Use My Roommate’s Bar of Soap?