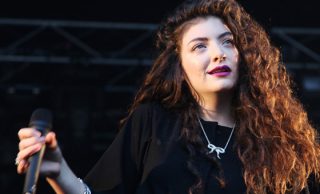 I’ve kept up with it all – the Jonas Brothers, the Zac Efron, the Kim Kardashian. But, I cannot, for the life of me, figure out who the heck this Lorde is. And I’m afraid it is now too late to ask. Sure, my girls have been talking about her, but overhearing sentences like, “Lorde is awesome!” just made me think Sunday School was finally sinking in. But a few months later, I clued in and realized I have no idea who or what Lorde is. Is it a food? A new party drug? I have no idea.

What’s worse is I don’t even know how to casually reference her! My kids and their friends think I’m the coolest because I say things like, “OMG that look is so Selena Gomez.” But this time around, I don’t even know what Lorde looks like. What kind of famous is Lorde? Is she “talent” famous like Katy Perry? Or is she “personality” famous like Kylie Jenner? Is she even a girl? I’ve already gotten enough shit thinking Justin Bieber was still cool. I had to delete the caption for my last Instagram post of the girls because it was a Bieber lyric. But this is about Lorde. And how am I supposed to know whether everything I’m doing is a mistake because it’s either incorrectly for or against Lorde? There’s no way of knowing!

I know what you’re thinking: I should just ask. But, can you imagine the look on everyone’s face either at PTA meetings? You don’t know who Lorde is? My kids will ask, mockingly. Look, I know it sounds like a brag, but sometimes cold, hard facts just seem like brags: I’m the coolest mom at Harding Middle School. I’m the coolest. I have 500 followers on Instagram, I follow Willow Smith on Twitter, I say “FB” in conversation instead of “Facebook.” I actually watch the Teen Choice Awards.

But who have I become? Am I spending too much time at work? Maybe I need to quit listening to NPR and switch over to KISSFM entirely. My window of opportunity is slowly but surely closing into an air-tight seal, solidifying my age (40 years young!) forever.

But seriously, if anyone wants to tell me who Lorde is, I would really appreciate it.

My Hipster Boyfriend Was Just Amish Whatever Happened To: That Bitch