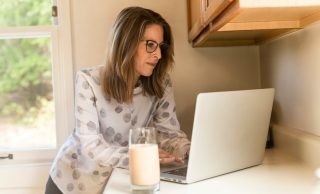 Most parents say that it’s impossible to choose their favorite child, but for my own mom, I found out that it was as easy as coming up with a secure password for her personal computer.

The other day when I was back home, my mom asked me if I could read her the recipe that was open on her computer, something that a mom who loved all her children equally would ask. I tried to go on her laptop, but when I found out that it was password protected, I asked her what the password was. Never would I have imagined that her password was “Trevor1997”, which not only was my brother’s name, but also the year that he was born.

The part that hurt the most for me was the fact that my mom told me this without hesitation, and she didn’t even think there was anything wrong with that, as if she didn’t also give birth to me: an equally viable password.

I wouldn’t have thought in my wildest nightmares that my mom would pick my brother, out of him, me, and our sister Tessa, to base her password off of for her most prized device.

It’s almost as if she doesn’t realize that my security question for all my passwords is always her maiden name. Does that mean absolutely nothing to her?

She even has a dog named Lily that she could’ve chosen instead, which would’ve been a totally neutral and reasonable decision. But no, I guess Trevor just means that much to her. Way more than me and Tessa.

After going through this whole ordeal, I actually think that it should be illegal to put one of your kids’ names as your password when you have more than one. In fact, I’m planning on calling CPS on her as soon as I’m done writing this article, even though all of us are all fully grown and each have our own apartments.

After all, if you’re not going to love all your children equally, then you shouldn’t have them at all!

However, I did just hack into her computer and change her password to my name (all lower-case), which I hope will teach her a valuable lesson about cyber security and hopefully get her identity stolen.