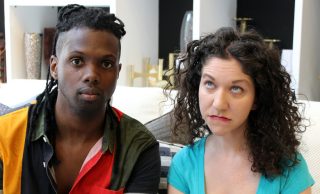 On July 18th, 2019, everything changed. The world I knew was suddenly unfamiliar, and the man I loved became a total stranger. Yes, the day the Cats trailer was released was the day I realized my boyfriend didn’t have a camp sensibility.

One evening, the two of us were doing our favorite thing: lying next to each other silently staring at our separate laptops. When the Cats trailer started blowing up on Twitter, I had to check it out, and my boyf watched over my shoulder. After 2 minutes and 23 seconds of inexplicable choices and blissful confusion, all my boyfriend had to say was, “It looks bad.” And then, “Do you think those crab rangoons in the fridge are still good?”

I was floored. No matter how much I prompted him, that was all he had to say about Cats. He didn’t want to talk about the inexplicable source material, the baffling makeup, or the mathematically improbable cat-to-set scale. It was almost as though he didn’t take pleasure in hating it.

Panicking, I started asking him questions. What was his favorite Britney Spears Instagram post? “Isn’t she, like, really struggling right now?” he asked. I went on. The Big Little Lies character he most identified with? “Ziggy.” His opinion on Marianne Williamson? “An unqualified candidate who nonetheless is worth taking seriously in 2020, lest we make the same mistakes we made in 2016.” WTF?? Where was the fun? The sense of spectacle? Who had I been dating?!

I began to despair. Who was this man I’d been with all these years? Had he really spent all his time on God’s earth earnestly approving or disapproving of things, instead of obsessing over them through nine layers of irony and cultural context? I couldn’t bear to contemplate the sad, pathetic existence of the person I had loved.

It wasn’t like I hadn’t seen this coming – he’d certainly dropped some hints over the years. He had put an Enya song on a playlist he made for me when we were first dating, and he hadn’t even seemed embarrassed about it. And when I’d dressed up as Yvette, the French maid from Clue, for Halloween, he told me I looked “really pretty.”

But I wasn’t ready to give up on him – I could educate him! Or so I thought. In the 22 consecutive hours of Eurovision I forced him to watch, he didn’t say the word “iconic” once. My mission had failed.

Now, I’m at a Crossroads (2002). How can I continue to spend time with someone who either likes or dislikes things, with no middle ground? I don’t know whether we should break up, take a break, or continue seeing each other despite our vastly different opinions about the movie Vox Lux.

Unrelated, if you happen to know a media-savvy gay man interested in dating a straight, bitter woman, please don’t hesitate to reach out. Must be at least six feet tall.

Is It Really My Birthday If I Don’t Have A Huge Party With A Bunch Of People I Never Speak To Who Don’t Give A Shit About Me? White Woman Speaks: Of Course I Have Black Friends – Both of My Nannies