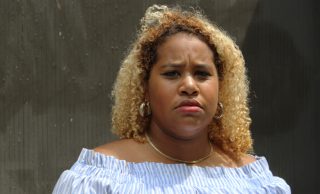 Josh was everything I could ask for: kind, loving, and great in bed. We went on amazing dates, we shared the same sense of humor, and I could tell he truly cared about me. I truly felt like I had found the man that I would spend the rest of my life with. That was, until a fateful Tuesday, when I learned one unforgivable quality about him.

He called my vagina a “cooch”.

The first time it happened, I was stopped dead in my tracks. It was the night of our eight-month anniversary. We had the perfect evening, and we headed home to ignite a little romance. Right as we got in the bed, he leaned in and whispered, “I’m going to destroy that cooch of yours.”

My heart stopped for a moment, but I laughed and shrugged it off. I had definitely misheard…that’s not a word grown men actually use. There was no way he said what I thought he said in a genuine, earnest way. But I was wrong. My own personal nightmare had begun.

“Wow, that lady was being so rude! What’s up her cooch?”

“Babe, you have the best cooch I’ve ever seen.”

“Honey, what did they gyno say about your cooch infection?”

This was my hell. Over and over… the word echoed in my brain and haunted my every waking moment. I kept asking myself, where did he learn that word? Where did we go wrong? Was this nature, or nurture? When we had first met, he seemed so normal, so kind. But every time he said it, I felt him slipping farther and farther away.

I tried so hard to accept him for who he was. I wanted to ask him, to understand where he was coming from, to tell me what was going through his head. But I knew: This would never work out between us. I tried to break it off gently, but he still called me a cooch for leaving him.

Ladies, heed my warning—if you ever encounter a cooch-sayer in the future, do not waste your time. Get away and find someone who at least calls it a pussy. Protect your mental and emotional health. I wish I had.

I Lived It: I Stayed in One Apartment Long Enough to Have to Learn How You Clean Ovens I Lived It: I Found Out How Much Mattresses Cost