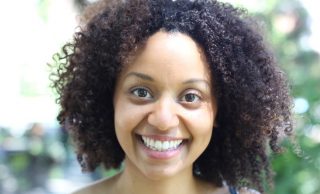 Studies show that cutting refined sugar from your diet for even a short amount of time can have lasting health benefits. But I’ve never been one to trust science over personal anecdotal evidence, so I tried it myself, and the results were even more dramatic than I expected: In just two weeks of eliminating refined sugar from my diet, I lost 12 pounds, cured my chronic yeast infections, and woke up to find that David, my husband of eight years, had left me and our two young children.

The challenge really showed me how automatic my refined sugar consumption had been. The first day, I was stirring a heaping spoonful of sugar into my morning coffee before I caught myself! David and I had our usual fight about his parents before he left for work, and I made the children eat their breakfast in the yard so I wouldn’t cave and steal their Frosted Flakes.

Without any baking to do, I found myself with six to eight free hours per day. The time I had previously spent piping creamy filigree onto cupcakes and filling hundreds of mason jars with lingonberry mini pies now stretched endlessly into the void. I decided to use the time purging the kitchen—refined sugar was hiding in almost every item in our refrigerator! Then I sat motionless, staring at the wall until it was time to pick the children up from school. Without sugary treats, I had no way to entice them into expressing love for me, so I drove them home in silence. That night, my head was foggy and my nose itched. The craving for sugar was intense, so I nibbled on carrot sticks and hummus while wandering the streets, taking stock of my wasted years in a crumbling marriage. I had so much more energy!

When I woke up in the morning, my head was strangely clear, and I felt awake immediately—normally I need a cup of coffee (with cream and sugar, of course!) before I can even do laundry or make decorative bunting. But the worst of the sugar craving seemed to have passed. David cornered me in the kitchen. “Where the hell were you last night?” he whispered. “There’s someone else, isn’t there?”

“Sugar is a poison, David,” I shrugged, picking out a Pike Place Roast K-cup. “I have to do what’s right for my body.”

He turned away, tears springing to his eyes. “I can’t go on like this. We haven’t touched each other in months. I wanted to stay together for the kids, but I feel like I’m living with a stranger. I just… I just don’t think you’re the person I married.”

Over the next few days, things changed. I began to lose weight without even trying. Every morning, there was a pound or two less on my bathroom scale. David started spending nights in his “man cave” (a shack made of planks that he had hastily constructed in the backyard) and the yeast infection I’d been fighting ever since I hit puberty stopped. I felt like I’d lost a frothy, foul-smelling friend, but I knew it was for the best. This is also how I felt when David’s Mitsubishi Galant stopped showing up in our driveway.

The second week flew by. Avoiding refined sugar had become a habit; my senses came alive to the natural sweetness in fruits and vegetables, and I felt full for much longer after meals, especially the ones I shared post-coitus with my lover, Nathaniel. Two days before the end of the challenge, I woke to find David’s luggage gone and a note on his side of our bed. I blended it into my morning smoothie and it tasted great.

After cutting sugar for only two weeks, with no other changes to my diet, I finally felt like I no longer desired him in any way. I probably won’t keep up such a hardline diet now that the experiment is over, but it taught me that I don’t need many of the things our society takes for granted, like sweets or a life partner who can’t tie his own tie. So long, dead weight!