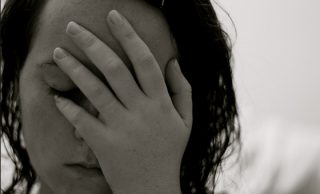 One day I was on my way to work when I felt an odd sensation. Something was tugging on my hand. As I looked down, I saw the face of child looking up at me.

“Mommy, I don’t want to go to school,” she said. I was confused. I didn’t know this child. As I brought her into the building that seemed to be her school, a woman who later turned out to be her teacher explained to me that I was indeed her mother. I spent the rest of the day trying to sort this out, talking to friends and family. Slowly it dawned on me that I was a mom.

Experiencing the birth and life of your child seems like a fairly straightforward experience, right? Not for me. A common perception disorder kept me completely unaware of the fact that I was pregnant, had a baby, and had started raising a child. It wasn’t until 6 years into my daughter’s life, that day when I dropped her off at school, that I realized she existed.

How could this happen? I experienced what doctors call Liberognosia, a condition where a mother is unaware that she has given birth to a child and is taking care of it on a daily basis. Many women think they’ve just put on a few pounds, when actually they’ve been carrying around a living toddler. They think they’ve just been eating more, but in reality, they’ve been feeding a growing child the entire time.

Doctors caution that there are dangers to not knowing you have a child. “A parent who doesn’t realize they have a child can become neglectful and fail to provide the child with adequate food and clothing,” says Dr. Michael Hayes, who has studied the disorder. If you think you might have a child that you’re unaware of, you should consult your physician to see if there are any birth records.

Still, it can be hard to tell if you’ve become a parent. I was getting my period the whole time, totally unaware that this kid was living with us. My husband, Steve, didn’t notice the child either. We moved into an apartment with a second bedroom, but we thought that was just a spare room we’d eventually turn into an office. Steve’s collected vintage action figures for years, so the room of toys didn’t seem odd to us. I assumed the potty in our bathroom had been left there by a previous tenant.

Looking back, I do remember this nagging feeling that something was “off.” I couldn’t quite place what it was, but I felt different, tired. To an outside eye it might have been apparent that I was raising a child, feeding and clothing it on a daily basis. But to me, experiencing it from within the eye of the storm, nothing seemed amiss. I guess I was too busy with my job and other things to stop and think about what I was doing.

If I could go back in time and be more aware of the situation, I would have done all the things expectant parents do. I would’ve taken prenatal vitamins. I also probably would’ve done some research on how to take care of children. Yet somehow in spite of my ignorance, doctors tell me my now seven-year-old is healthy and has an above average IQ. She’s been learning to read by watching me type, a habit she picked up when I still had no knowledge of her existence.

Sometimes, God has a plan for you that doesn’t involve your permission, or even your own awareness. In the end, I have a beautiful daughter, Matilda, who I’m just getting to know. I’m discovering that we have a lot in common. We share a love for music and chocolate, and I wouldn’t trade for that for the world.