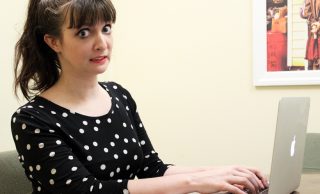 I’ve been putting it on my résumé for years: “Proficient in Microsoft Office.” But apparently I never really knew the meaning of those words, as a series of regrettable mistakes have led me to discover the truth: I am not nearly as proficient in Office as I thought.

Sure; I knew how to italicize, bold, and indent a paragraph – but it turns out there was so much more than I ever could have imagined. Did you know you can highlight a block of text and turn it into bullet points? The icon is right there at the top of the screen! I missed this.

Ever since I was a young girl, I thought Microsoft Word was all typing words and hitting Enter. I thought Excel was about putting numbers in different cells and turning them green. I felt fancy when I changed fonts, sizes and colors of words. But did you know how much time you can save yourself with résumé templates?! Seriously, go to File > New from Template. Check them out! I wish I had years ago.

And after dozens of failed attempts at landing an administrative assistant position, I finally landed one with what I thought was my incredible proficiency in MS Office. And that’s when it all changed. For example, did you know there’s an easier way to spell that word with the accent mark on the e? It’s nuts! I’ve just been copying and pasting this word from the internet since I started getting my period. This explains a lot about why I got fired.

You know how sometimes Word puts a squiggly red line under a word and you know it’s spelled wrong so you just keep guessing the spelling by typing out options over and over? It’s called Spell Check. Apparently a lot of the other people claiming proficiency in Word knew this. I thought if you could open and type in Word, then you could write “proficient” on a resume.

I was wrong, again. There was so much that I didn’t know.

It turns out there’s a lot of simple things about the Office Suite (I just learned that that’s what it’s called) that I did not know, and many more that I have yet to learn. But Rome wasn’t built in a day. I’m learning. For now, my résumé acknowledges that I have “dabbled” in Microsoft Word.

I Lived It: My Mom Suggested Using One of my Brothers as a Sperm Donor Why The Jonas Brothers Inspired Me to Also Reunite with My Estranged Family Members