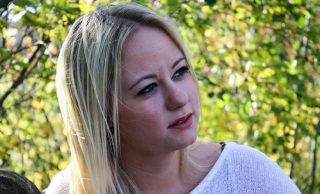 Let’s get one thing straight: I’m 100% for racial equality, and I understand that minorities continue to face discrimination in this country. I also get that having light skin gives you certain privileges that people with darker skin are not afforded. But here’s the thing—I don’t feel bad about being white, even though no one of any race has ever asked that of me.

I know that’s controversial to say, but somebody has to do it.

Look: I didn’t ask to be born white. And even though there has never been a single time in our nation’s past when being white has been an institutional or moral issue, and we’re currently still fighting against people of color being systematically treated as inferior, I’m not going to sit here and feel down about the fact that I’m white. Not a single person from any ethnic background has ever told me I should feel bad about my whiteness, but I just feel like it needs to be said.

All this sudden focus on racism and white supremacy is starting to make me feel like I am the bad guy just because of my skin color. I hate white supremacy and I really do care about the state of race relations. But hey, I’m not a white supremacist; I’m just a white person! And although not one human being has ever even come close to asking or expecting me to feel guilty about being white, I still feel obligated to announce that I feel no shame for who I am. I am proud of my heritage as a white person!

I see so many white people today feel guilty about being white and having white privilege. But why should I? White guilt doesn’t solve anything! And even though literally nobody – black, white, brown, you name it – has told me I should feel bad about my whiteness, I need to shout it from the rooftops that I simply REFUSE to spend my time moping around and feeling bad just because I was born white!

Look, dealing with race is uncomfortable and difficult. As a person who is definitely, undoubtedly white, white, white, it’s especially important that I do my part to help end racial discrimination in this country. But doing my part to stop racism doesn’t mean that I should have to feel bad about my race. I reject the notion that I should feel bad about being white, even though that notion is not being imposed on me by any person from any other race. Who’s with me?

How Am I Supposed To ‘Believe Women’ When The Accused Rapist Gave Me His Extra Fries Once? How Zappos Customer Service Helped Me Break Up With Ryan