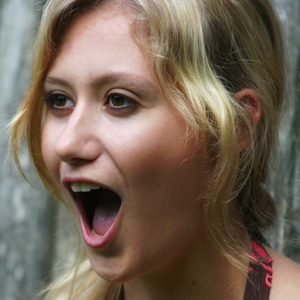 I was waiting for my friend Elise at our favorite weekend spa when the weirdest thing happened. She walked into the lobby crying. Like, sobbing. I figured it was a happy-cry, since that’s pretty much all I know, but when I asked her, “What’s the good news?” she just yelled, “Gary broke up with me!”

What? I was so confused. The brakes on Gary’s Lexus were acting up? There’s a broken app on Gary’s iPhone? Gary broke bones in some sort of private salsa class? She looked totally intact (except her mascara), so I had to ask. That’s when she said that this so-called “breakup” meant Gary no longer wanted to date her.

Was it the eucalyptus-infused sauna or was I feeling foggy? I had no idea what she was talking about.

Why would someone want to stop dating you?

The only reference I had was my own life, and my bae Sergei and I have been together for seven years (LTR). I tried to understand where she was coming from. I mean, one time Sergei told me that I had an ass that wouldn’t quit right before he went down on me in a meadow, but I don’t think that was breaking up. We actually got engaged after that. Hm.

“Gary said he still wants to be friends,” Elise said, whimpering during our acupressure session.

I tried to comfort her as best as I could. “He’s probably absolving guilt and doesn’t mean it. I don’t know though, I’ve never been through a breakup. In fact, I’m not sure I know exactly what a breakup is.”

That’s when she burst into tears again. Again with the not-happy tears! What was going on?

Elise told me how it was “insensitive” to keep mentioning that I hadn’t been through a breakup. I told her that I was just trying to be honest about not knowing her problem, and couldn’t help that my perfect situation was better than her horrible situation.

Somehow we stumbled our way into our 10 AM salt scrub, despite my being in haze of confusion. She kept going on about the braykay and told me that Gary said that, “they’re two different people,” “they want different things,” and “he didn’t want to get serious.” Finally, a common topic! I told her that I had had the exact same conversation with Sergei just last week. That we’re two different people (during our extended, mutually enjoyable roleplay sessions), we want different things (analingus for me, pegging for him), and he doesn’t want to get Sirius XM (yet). Elise then screamed at me (in our weekend spa!) that I didn’t “understand anything.”

As I let the scrub exfoliate my skin, Elise sighed, “I feel like this breakup came out of nowhere.”
“Oh sweetie, don’t say that,” I said, putting my hand on her shoulder. “It seems like he thought about it for a while.”

But did this help her, either? No! She ran out of the scrub room straight into the Roman bath! Now how much sense does that make? So I ran after her, briskly (I was a runner in high school and still do the occasional half marathon).

And that’s when she dropped an atomic carb on me: she said I “lack empathy” because the world has “never hurt me, not even once.” What? Does she know how that makes me feel? I couldn’t believe I was being dragged into her Brokaw or whatever she called it, just because I had never been through one! Or is it, on one? In one? On top of one? I have no idea what preposition to use because I have never had to say it before!

At any rate, as I meditated in the Zen garden at the end of our spa day, I realized how much pain she must be in. It’s like when Sergei used too much tongue that one time (That’s visceral for me). And that’s when I just felt so sorry for her. I then truly grasped her pain, and that breaking up is hard to do. I guess? I really wouldn’t know.

Ways To Not Be Crazy And Listen To Me I Saw Jesus in My Period Stain—Right In Front of my Crush!