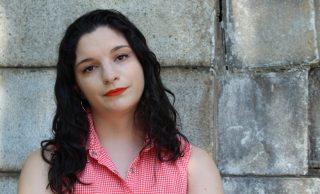 Wearing a dress that has pockets is still one the best little secrets someone can excitedly share, and whenever someone says, “I like your dress”, I jump at the opportunity to tell them that it’s as practical as it is fashionable. So imagine how upset I was when no one even complimented me on mine so I couldn’t tell them that it, in fact, had incredible pockets!

Will I ever recover from this? At this point in time, I have no idea.

Last night I went to my friend’s birthday party where we were supposed to dress “formal”, so beforehand I went to Ross and found a beautiful dress. I tried it on and it fit perfectly, which was great, but another thing I found out about the dress was that it also had pockets! I mean, a formal dress with pockets?! Some say it couldn’t be done, but here it was, and I couldn’t wait to tell every single person who mentioned literally anything about it!

But to my shock and dismay, no one did. Not even my so-called “best friend.”

When I was at the party, I tried everything to get people to notice that my dress had pockets. I put my phone, keys, and wallet in them so that it was hard not to notice how much they were bulging out of my adorable dress, and when that didn’t work, I just kept my hands stuffed in them the whole night. I even tried complimenting other people’s dresses so they could tell me that they liked mine, but still, I didn’t get a single compliment that would’ve allowed me to tell anyone about the absolute best part of the dress – THE POCKETS!

I don’t mind not getting compliments, but when I don’t get compliments on a pocketed dress? Well, that’s an entirely different story.

I still feel absolutely devastated from not getting to say anything about the dress. Not only did it have pockets, but it was also from Ross! And the fact that I wasn’t able to playfully brag about any of that to anyone still rocks me to my core.

The only reason I wore a dress with pockets in the first place was to tell people about it, so now I’m wondering if I should ever wear one again. It’s a sad thing to think about, but it’s the truth.

Also, I just realized that I never told my friend “happy birthday” because I was so focused on getting someone to say they liked my dress so I could tell them it had pockets, but honestly, she didn’t say she liked my dress either so she’s fake anyway! I’ll take my pocketed dress elsewhere– somewhere it’s actually appreciated for its carrying capabilities! Fuck you, Natasha!

DUDE CORNER: The Day Airlines Ended Their Mask Mandates Was Better Than the Birth of My Son If My Posture Is So Bad, Why Does It Meet the Golden Ratio?