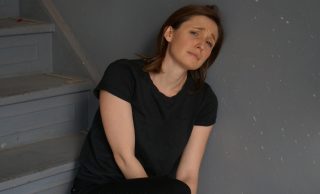 It’s a horrible thing to have one’s identity dismissed or even condemned by one’s own family – and to be honest, I never thought it would happen to me. But one day, something changed, and that sense of security turned out to be as false as the bottom of my top hat.

That’s right: My parents won’t stop calling my foray into the world of close-up magic a “lifestyle choice”.

Once upon a time they brought me into this world, now they oppress me with their prejudice and contempt for cardistry.

In truth, I should have seen this coming. When I first began exploring close-up magic, I mostly kept it to myself. It was something I was just getting comfortable with, and part of me didn’t want anyone else’s gaze encroaching on it. But as I gained confidence as a magicianess, I wanted to share my work with the people I loved. That’s when the first warning sign appeared. Any time I even mentioned sleight-of-hand, the air in the room changed. My mom would abruptly change the subject, as if by just ignoring my magic it would disappear.

From there, conditions only worsened. Before I knew it, steely silences turned to passive aggressive comments. “You know how your mother and I feel about your lifestyle,” my father told me. You’d think I was some sort of sadist, and not a woman standing in the kitchen asking my dad to pick a card any card while he was doing dishes.

This is America, I guess.

I quickly began to sense that my parents were actually not all that enthusiastic about my fledgling career in magic as a hobby. This was all but confirmed when I went to debut a new trick at the dinner table and my mother stopped me, saying, “What you do in your personal life is your business, but we won’t have you flaunting your lifestyle choice in this house.”

The rug was pulled out from under me, and not in a magical sense. I swear I would have walked out then and there if I weren’t financially dependent on them and also sort of losing interest in close-up magic because it’s actually pretty hard to get good at.

So take my story as a word of warning, because if it happened to me, it could happen to you. The most tolerant folks will turn into entirely different people when it’s their own kid doing magic, and that’s one trick I’d rather not see.

Why I Stopped Wearing a Bra and Started Hiring a Boob Boy Oh No! I Tried To Put A Tampon In But My Pussy Has Two-Factor Authentication Now