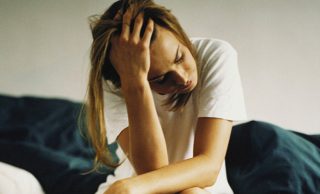 I thought yesterday was going to be a perfectly normal day at the office, but I was so, so wrong. I would have never thought that the worst would happen to me, until it did. I forgot my lunch at home, and in a twisted change of fate, I had to spend some money.

I don’t know if I’ll ever financially, or emotionally, recover from this.

I normally bring my leftovers from dinner for lunch when I work at the office, and last night’s meal was great: a nice spring mix salad with grilled chicken. I was super excited to eat it again the next day. Little did I know, I was in for a rude awakening and a burning hole in my wallet.

Once I started to get hungry, I reached in my bag for my lunch, but the tupperware wasn’t there. I searched high and low, all throughout the office in a manner that was highly disruptive to my coworkers, but to no avail. That’s right– I forgot my lunch at home, and now I had to actually go out and spend my own money to get some food to eat.

No one should ever have to go through something like this, and I never thought it would happen to me. How naive I once was.

Everywhere I looked, no food option was cheaper than $10. Once I realized this, I had to ask myself, what kind of world are we even living in?

Once I came back to the office and finished my lunch, I tried to distract myself from the traumatizing event that just took place, but it was difficult. I couldn’t stop checking my bank account. I kept muttering to myself about how I could never let this happen again. But nothing took away the fact that I had just spent some money, and I was never going to get it back.

Not only that, but after I clocked out and went to the subway station, there was a cop standing next to my turnstile, meaning that I had to pay the $2.75 fare to go home as well. I’m literally sobbing and throwing up while writing this right now.

Will I ever know peace? It doesn’t seem like it. Especially since I have to pay for rent, utilities, groceries, transportation, and the occasional overpriced sandwich too. Is there any hope for me after shelling out so much cash for absolutely no reason? I don’t think so, but I’m still trying to remain as hopeful as I can without spending any more money ever again.

I’m Tired of Men Calling Me ‘Crazy’ Just Because I Look Like This Emoji I LIVED IT: I Thought I Was Talking to a Nice Guy Online, But It Turns Out He Is Cake