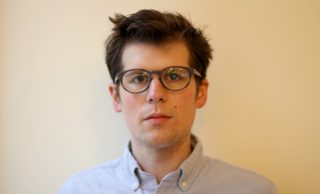 As yet another wave of women come forward to share their experiences of sexual misconduct and assault, I am listening to them and taking the time to reflect on my own personal values and how I can be a better ally to those victimized by sexual violence. It’s through this process that I have recommitted myself to the promise that I will absolutely always believe women when doing so has no negative consequences for me, personally.

The discourse around what it means to “believe women” often lacks clarity and cohesion in a manner I believe impedes the dismantling of rape culture. Believing women doesn’t mean that women are incapable of lying; rather, it’s a call to shift the paradigm of how we approach accusations of sexual violence. That’s why I’ve done the work to make sure disbelieving women is not my default, but only reserved for extreme cases – like when believing them would sort of fuck shit up in my personal life.

I always believe women and applaud their bravery for coming forward. But then at the same time, it’s so important to selectively remember that these situations contain nuance. For instance, what about the history of white people accusing Black men of assaulting white women in order to justify extralegal, racist violence against them? Is that history relevant to, let’s say, my extremely cool white friend who’s being accused of sexual assault by his ex-girlfriend? Do I only bring this up when I’m defending men whose innocence I have a personal stake in? The answers are great points, yes, and yes.

There is nothing more reprehensible to me than people who jump at the chance to invalidate and express their incredulity on the posts of women coming out with their stories. That’s why I loudly and publically express my unquestioning support of women I don’t know accusing men I don’t know of assault or misconduct. And I would absolutely do the same thing for women who speak out against men I do know, or men who I need to believe have done nothing wrong in order to feel secure in my decision to support them because I like their art or want them to be president — but unfortunately, those women are just not telling the truth.

Women almost never lie about sexual assault, but on the rare occasions when they do, it’s always about someone I don’t want to stop liking. Is this a bizarre or even impossible coincidence? Some will say so, but I believe it’s just a testament to my impeccable judgment of character. So that’s why I’ll never stop believing women when it’s convenient for me. And to all the people who don’t believe the women I do believe? Well, there’s simply no excuse.

Wait – Are The Million K-Pop Fans Who RSVPed Not Actually Coming to my Birthday Party? DUDE CORNER: I Just Think Cancel Culture Veers Into Dangerous Territory, Like for Me Personally