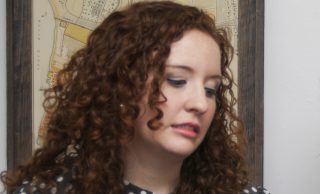 I always knew that my two dads were gay. Of course I did! I had two of them! They were obviously homosexual. And for me, that meant all the normal gay dad perks: great first-day-of-school outfits, delicious and impeccably packed lunches, arts and crafts hour instead of shooting hoops.

But on the day I found out that they were gay gay – well, my world turned upside down.

I had come home for a weekend during my first semester of college.  I was relaxing on the mid-century fainting wicker chaise, drinking a delicious protein smoothie from the fridge and mindlessly staring at a black-and-white framed photograph of four incredibly beefy bearish men spooning. That’s when it dawned on me.

My dads weren’t just gay. They were gaaaay.

Time stopped. As if in slow motion, I began looking around our family home. I saw Keith Haring art lining the walls, Lily Allen, Cyndi Lauper and Lady Gaga records stacked neatly in corners. I ran to the closet and saw a box of butt plugs tucked in a CB2 crate.

How could I not have known? I guess I had just never noticed before; or worse, maybe I just never wanted to admit it to myself. The clues had been there all along: The bed and breakfast receipts from P-Town during Bear Week, the lavish Superbowl parties where the TV was only turned on during halftime, the “Guide to Being a Power Bottom” books on the coffee table. The butt plugs, again.

When I finally worked up the courage to confront them, they just laughed at me. “We didn’t name you Minelli for nothing!” And since that day, I’ve learned to accept the fact – my dads are gay gay.