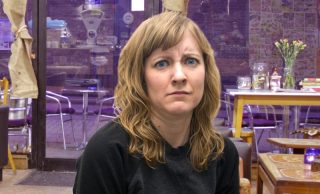 I thought I was a feminist. I refer to God as “She,” hold doors for men, and am still tweeting with the #yesallwomen hashtag. But lately these anti-feminists have been getting tons of attention on social media and I’m like, is what they’re saying about feminists true? Is that what feminism looks like? I’m serious – can you tell me?

Anti-feminism is everything right now. All these chicks are posting pics of themselves saying stuff like, “I’m not a victim,” “I love guys,” and “I don’t need special treatment.” I thought feminists believed all that? Who am I supposed to be pissed at? Should I be pissed at feminists? Could somebody let me know?

I don’t want to be a feminist man-hater or an anti-feminist woman-hater (unless one of those is good now? I’m trying to sort out the ideology). My Twitter following is basically a 50/50 gender split so I’m not sure if that’s pro-women or anti-men or what. All I’m looking for is a philosophy that says, “Everybody look at me—I don’t need external validation! What I’m doing is just undeniably right!” Is that so much to ask?

If I do become an anti-feminist, what am I supposed to do with my “This is What a Feminist Looks Like” t-shirt? Do I stop wearing it? Can I wear it ironically or take a selfie with some of the words crossed out? I really don’t want to have to buy a new t-shirt, especially since this one makes my tits look amazing.

Look, feminism was great in college—it went great with the Boho-chic thing I had going on at that time. But I’m growing up. Maybe it’s time to rotate in a new belief system.

Don’t get me wrong, I’m not saying I’ll completely abandon feminism. If I learned anything from having to buy high-waisted shorts this year it’s that everything comes back into fashion eventually.

I am a strong, independent woman so please, somebody, just tell me what to believe.