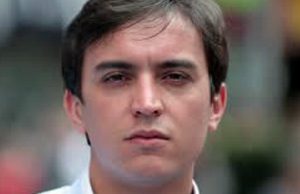 Dude Corner here, telling all you ladies with loud voices something that I hope is as clear as my pre-cum lol:

What about that is so hard (haha) for you to understand? You keep telling me I’m “confusing” or that you don’t know what I “want out of our relationship.” First of all, take a Midol, because your PMS is showing and it’s shitty and un-titty. Second of all, “relationship?” Yikes! Who (besides me) said anything about a “relationship?” Is this “relationship” garbage gonna be another “conversation” (a.k.a. boner vacation) when you come to my parents’ house in Vermont? You’re still coming, right? You’re a crazy person to be in a relationship with.

Another thing. When the hell did you get so clingy? Okay, so I texted you “I miss you.” But when you said “I miss you too,” my brain got so turned off it almost hated hacky sack. I wanted to break up with you right then and there, and I don’t know how you didn’t sense that when I responded, “You’re the best.” Obviously that meant I was having doubts and texting Sarah and Kate and Amy on the side, so turn off those wedding bells because my dick is allergic to feelings (proven). And let me know if you got the flowers I sent you.

BY THE WAY. That time you said I was your “boyfriend,” it was like you played ultimate frisbee with my scrote near an electric fence, except way worse because you have girl wrists and can’t throw. Yeah, I called you my “girlfriend” first and then dumped you at the birthday dinner I threw you, but so what? Didn’t you get what I meant? I was saying “you’re pretty cool.” How was that unclear? Jesus, it’s like you’ve never heard of a “short long-term relationship” before. Also, that Bjork exhibit is in town if you wanna go. Not that I give a shit or am interested in being the maxi pad to your emotional tsunami of insane period-feelings.

AND ONE LAST THING. When we booked tickets to go to Paris, why did I suddenly get 50 text messages when I “didn’t show up” at the airport? I got busy! And I don’t need your clingy ass nagging me about it. So what if the trip was my idea? Are we really playing that crazy game where you remember a list of every little thing I did? Can’t a man live in peace without some screechy beaver watching his every move? Just don’t forget to nab me a coaster from our favorite bistro on Boulevard Saint-Germain.

So hopefully we’re all clear now on how I (don’t) feel about you. I want us to spend all our time together, but honestly, back up about 7-9 inches (haha) because I won’t be tied down by some cuckoo chick. Can you come over later?

I’ve Never Been More Sure of Myself, Don’t You Think? My New Husband and I are Creating Our Own Last Name: Ghrzny