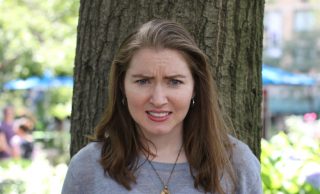 Time and again people will tell you that nobody’s perfect—all you can do is try your best. I’ve always done what I thought was right, so imagine when I surprise when I found out the truth: I got it twisted.

For example: I live with two great roommates, but our communal areas get untidy and it’s usually my roommate Claire’s fault—she has the bad habit of leaving unwashed dishes in the sink. Last week I sent a friendly reminder text to both my roommates to tell them to clean up, and Claire’s response blew my mind; she was the one who had done dishes last. I couldn’t believe what I was reading. Claire was the one who had done the dishes? Boy, did I have it twisted.

Things were no better at work the next day when a colleague was fired; rumors spread through the office that he had been fired for embezzling company funds. That didn’t sound like Roger, but I believed what people said. But as Roger took his cardboard box of belongings and exited the building escorted by security, he shouted final words: “I was set up to take the blame for this! This whole firing is bullshit!”

I was beside myself. How did I keep getting things so twisted? I spent a lot of time reading as many articles I could get my hands on so as not to get anything twisted any longer. I didn’t want to get celebrity gossip twisted, or world news twisted, or politics twisted. But that type of effort got my brain twisted until suddenly I didn’t know which way was up. I couldn’t help but wonder, is getting it twisted just part of being human?

That’s when my coworker told me my skirt was on backward. Yeah, I got that twisted too.

Now that I’ve lived through getting it twisted over and over again, I know to listen and try to think for myself. I try not to assume or jump to conclusions and to hear all sides. Next time someone says, “Don’t get it twisted,” I listen. I’m never going to let this terrible mistake happen again.

How Long Can Cookie Dough Sit Out Before I Eat It Regardless Of Your Advice? I Support Donald Trump Because He Says What Everyone In My Militia Is Thinking