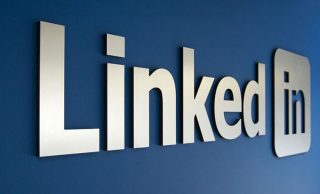 The internet is a cold place where nothing is as it seems: one minute you think you’re having an engaging conversation and the next minute you find out he is someone completely different.

This happened to me. I was catfished on LinkedIn.

His name was “Peter Melbanc,” a forty-three year-old “recruiter” for Morgan Stanley. Our backgrounds were so similar it was eerie, and we were both endorsed in trading, investments, and portfolio management (the trifecta, for me). We would talk for hours and hours about my potential to rise from associate to manager, and it took my breath away how much we shared together. He seemed like the perfect guy to be hired by.

In retrospect, I should have seen the warning signs. Any time I wanted to meet, I’d get weird responses like, “I want to get to know you first,” and, “I’m too shy to interview you in person.” This is when I should have just moved on. But there was something so wonderful about feeling wanted. He would say all these things like, “I’ve never met an analyst like you,” and, “you have beautiful references” – what every girl wants to hear!

But things started to get even more suspicious when I suddenly got messages from “Robbie the Hiring Manager.” I asked, “Where’s Peter?” Robbie said, “Peter went on a trip with our colleague, Dan – what do you think of our company, though?” I thought it was strange – why couldn’t I just meet Peter? Why was I talking to Robbie? Who is Dan? But I was so desperate – I hadn’t had a stable job in a while, and was sick of the dry spell.

So that’s when I took matters into my own hands. I marched down to the Morgan Stanley offices and demanded to meet Peter Melbanc. But the receptionist told me there was no one by that name. Was I crazy? I showed her all our messages over the course of the past few months, and even his profile photo (gray suit, red tie, cropped out of larger family photo). Then, a knowing look shrouded her face. She called someone down named, “Peter Kenkel.” And before I could ask why, an attractive man appeared in the lobby and sheepishly extended his hand.

I couldn’t believe my eyes. Peter Melbanc was a father of three children who graduated from Wharton, DEFINITELY not Cornell, in 1980. This guy? He looked like an approachable Hollister model who was my age or maybe a year older!

That’s when he explained that he was not a recruiter, and in fact, was merely a junior analyst at Morgan Stanley, with no hiring power. He set up a fake LinkedIn for fun one day, and found my profile. He thought I seemed like a good employee, and then one thing led to another, and he couldn’t stop lying. He didn’t actually know anything about portfolio management. I had been duped.

So heed my warning, everyone: While you may think you have a connection with someone on LinkedIn, and that you could really start a mentorship with them, the so-called “networking site” is full of liars. Creeps everywhere will pretend they want you for a growing capital management company, only to just be a cute guy that maybe wants to grab coffee or something.

I may never trust anyone ever again.

Why My Children Are Cage-Free Who Among Us Hasn’t Fabricated A Terminal Illness?