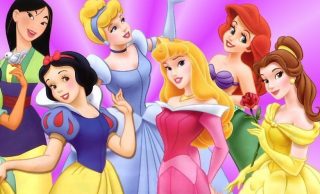 I’m all about social justice, but I have to say, that stuff can be a little confusing. For years I struggled to stay informed via newspapers, documentaries, and discussions with friends, but I just could not wrap my head around things like “the wage gap” or “white privilege”. That is, until I discovered the medium that would go on to teach me so much about the social forces that reinforce oppression in our society: artists’ renderings of Disney princesses.

Before I saw Ariel reimagined as a woman with real, womanly proportions, I had literally no way of comprehending how women are relentlessly shamed by the media and subjected to hurtful stereotyping. But when I saw my favorite little mermaid with a beautiful curvy body, I was like, Oh! Now I get it. If this is okay for Ariel, it should be okay for all of us.

I was similarly confused about race relations in our country. I used to think racism was over, but boy was I wrong. It turns out there are countless examples of institutionalized racism and microaggressions that people of color have to deal with on a daily basis. But I would never have known that if I hadn’t seen that picture of Belle with her face Photoshopped darker. Belle’s struggles have always felt very real to me.

Then there was the series where the Disney princesses were dressed in all kinds of gender-nonconforming ways. That really opened my eyes. If I’m being honest, before I saw Cinderella wearing pants, it never occurred to me that the gender binary represents a harmful and outdated way of thinking and that for many, adhering to the gender one was assigned at birth or even to any gender at all feels like a negation of the self. When I did see Cinderella wearing pants though, I was like, That totally makes sense.

Sometimes people are skeptical when I talk about my interest in social justice and the fact that it stems entirely from Disney princess fan art. For instance, when I posted a link to a project where an artist painted the princesses with their nipples out to shed light on the fact that the female body is censored and over-sexualized in ways the male body is not (something that had never occurred to me before I really saw Jasmine’s cleavage), my friend commented, “What is this even trying to say?”

I get it. It might not be the best teaching tool for everyone. But for me, something about using the Disney princesses as a means of explaining complicated social issues just clicks. I can’t explain it. But I am willing to accept that others might have a different experience, thanks to an article called “Disney Princesses Being Accepting.”

So you keep reading your “articles” and “books” and “taking courses” and “volunteering.” I’ll be over here, looking at pictures of Tiana with armpit hair and Mulan in a wheelchair, and learning and growing as a person.

Can We Make the Sex Workers Try a Plant-Based Diet? Facebook is No Place for Political Opinions that Aren’t Mine