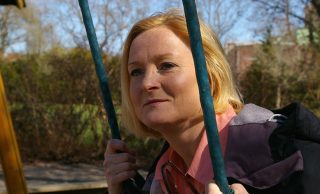 As a mother, you never think it will happen to you. You can be as loving and encouraging of a parent as humanly possible, and still, your child may end up going down a wayward path. This happened to me the day I discovered that my daughter was a lil freak.

Looking back, I guess my daughter always had lil freak tendencies. When she was a toddler, instead of lullabies she preferred “dog howling” and instead of snacks she’d lick her hands. Yes. She’d lick her lil hands as a snack.

But it wasn’t until she was a teenager that I actually feared for her. She’d come back from the mall with these lil freak clothes—the kind of clothes they’d never let you wear to church. Not because they were scanty or offensive, but because they’d distract the parishioners by making them think, “Who the fuck would wear a skirt made of neckties?” Frightened by her behavior, I started doing research on lil freaks. “My daughter couldn’t be a lil freak!” I thought, scanning the catalog of gothic leotards she’d requested for her birthday. “It must be a phase!”

But unfortunately she was hanging out with other lil freaks, too. You wouldn’t believe the things they said. No, it was nothing lewd (one of them actually won a regional Good Samaritan contest), but instead, they spoke in a made-up, lil freak language, consisting entirely of syllables that rhymed with “blub.” I once accidentally picked up the phone while my daughter was talking to her friend (“Sloane”) and she literally uttered the phrase, “Ubi wubant tubo stubuduby mubathemubatubics.” I’m not ashamed to say I cried.

But it all came to a head the day she brought another lil freak home with her. She had been dating him for a while, and I’d had enough nightmares about them having lil freak children in a suburban townhouse in their mid-thirties that I demanded we meet him. I spotted him on the porch before he even came in and I couldn’t breathe. No, he wasn’t smoking or drinking, but this lil.freak was wearing a duck-shaped hat. Not a hat with a duck bill, but a duck-shaped hat, full-stop. My son was addicted to painkillers for six years, yet no one could have prepared me for this.

I eventually had a talk with my daughter. “I’m worried about you,” I said. How was she going to get a job? How would the world see her? We didn’t raise our daughter to be a lil freak!

In these situations, it’s typical for lil freaks to act out and get defensive, clutching their harpsichords close. But I had no time for rationale. We fought, we shouted, and in a fit of rage I ended up throwing her prized box of cassette tape ribbons in the trash. That’s when she said something I will never forget: “Ubi’m stubill yubour dubaughtuber!”

Wow. She was right. She was a lil freak, but she was my lil freak.

And that’s when I realized that, just because my daughter wasn’t exactly who I thought she’d be, didn’t mean she wasn’t still a beautiful, special lil freak, with lil freak freaky-ass freak dreams! My failure to accept her meant I had been a big freak to her. This journey had its ups and downs, but I finally accept her for who she is: she is a lil freak, and I am a lil proud.

I’m Not Really Into Craft Beer, I’m Just Here for the Dick I Fucked My Husband Every Day For a Year and Now We’re All Fucked Out