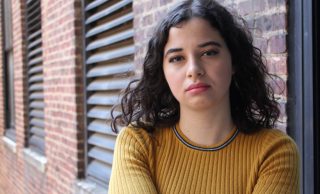 Siblings are supposed to be family and genuinely love each other, but underlying insecurities can lead to constant competition over who is the favorite child. My younger sister and I used to be above this. It seemed we had nothing but unconditional love and support for each other.

Then she got taller than me.

I couldn’t believe how low she sunk to let this happen. As the older sibling, I’m supposed to not only be the wiser, cooler, and ultimately better child, but also the tallest. How else would people outside of our family know that I’m older?

This wasn’t how it was supposed to work out. Biologically, being born first, I’ve had more time to grow, and thus should be taller. At some point, when my back was turned, my baby sister took advantage and surpassed me in height. I thought I could trust her, but clearly not.

It wasn’t all her doing too. I recently learned that height is due to multiple genes during adolescence. As if it wasn’t enough to learn my spiteful sister was insecure enough to get taller, it was devastating to learn my parents were also involved.

If I had known my little sister felt so inadequate in my towering presence that it ended up causing her to harbor enough jealousy and resentment to change her body and appearance and pass me by two inches, I would have been more reassuring. I could have been there for her had she given me the chance while I still had to tilt my head down to make eye contact with her. Frankly, I’m not sure how our relationship is going to recover from this total stab in the back and ultimate betrayal.

I’m going to miss being called the “tall” child, even though my parents never called me that (it went without saying). What my sister did is damaging and irreversible.

It’s reasons like these that cause me to value the friendships I created more than my ties with my family. Those are the relationships I built up — ones made with people who may be taller than me, but not in a way that seeks to one-up me. Those are the people I can trust not to try to overshadow me in my parents’ eyes.

I LIVED IT: My Crush Didn’t Know Their Birth Time DUDE CORNER: Most Guys Just Want Sex, But I Would Be Okay With Hand Stuff