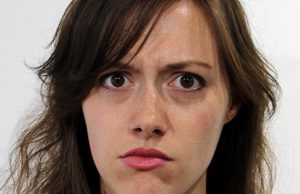 Dating straight, cis men has always been an interesting challenge: Understanding how they tick has been a lifelong struggle, and every relationship bring its own set of struggles. But nothing has haunted me more than when I realized something awful that I’m still trying to make sense out of: My boyfriend refers to his friends as “buddies” and refuses to call them anything else.

How am I just supposed to…move on and pretend like everything is fine?

It started when we had been dating a few months. He said he had to leave in the afternoon to go play softball with his “buddies” in the park. “Okay,” I thought. “I guess this seems like a normal thing to call a random group of guys playing softball,” and didn’t think much of it. But just a few weeks later, he told me he couldn’t make it to dinner because he was getting “drinks with an old buddy” after work.

Were all his friends “buddies” or just this particular friend? I didn’t understand.

Things got even more confusing when we invited some of his coworkers over to the backyard. His one coworker, Shannon, who is a lesbian, arrived first, and he yelled with an eerie kind of excitement that filled the room, “There’s my buddy!” as they high-fived and hugged each other. Then he talked about his “buddy from high school” and “buddy from college” as if that were just a normal thing to call anyone you’ve ever spent time with in your life. Was there any limit to this insanity?

At some point, I finally confronted him. “Why don’t you ever call your friends ‘friends’, Damian? What is so wrong with calling them that?”

And that’s when I realized that, to him, a friend is a person you have sex with, and a buddy is a friend you don’t have sex with. We’ve been in therapy ever since, but I hope we can slowly unlearn this absolutely psychotic behavior together and in a loving way so that we can have a sense of normalcy in our lives. Until then, I’ve been trying to lead by example, even though that won’t work.

I’m a Cool Bride! My Bachelorette Is Hot Wheels Themed Why I Reject the Male Gaze Unless It’s a Cameraman Who Can Get Me on the Jumbotron