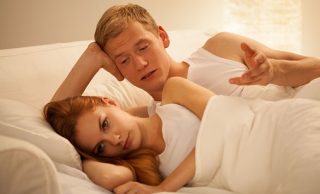 It was just a regular Tuesday; I was headed to my favorite salon for my bi-monthly appointment to have all the hair not on my head ripped off of my body. You know, “me time”. But I was in no way ready for the bad fortune that lay ahead.

Every two weeks, a cruel angel named Chantal removes the hair from my legs, eyebrows, armpits, vagina, taint, upper lip, anus, and toes using hot wax for only $350 plus tip. Despite the two hours of white-hot pain, I always look forward to my visits with Chantal because I know the next day I will be as smooth and sensual as a hotdog. The day after I always have the most uninhibited sex with my boyfriend Greg—just one sweet day enjoying a reprise from the constant embarrassment of any visible trace that my body grows hair.

However, Chantal was not at the salon on this fateful Tuesday. Instead, a woman named Linda brought me into a private room where she began deftly removing all the hairs from around the rim of my asshole. Everything was going as planned until Linda asked if I’d be interested in making my anal skin sparkle like new. “Can you do that?” I asked. “Of course,” she said. “All the stars are doing it. You know how every few months your drinking glasses get kind of foggy and then you use Jet-Dry and they sparkle like new? That’s exactly what your butt is like. Assholes are like cups, and nobody likes a poopy cup.”

When she put it like that, how could a girl refuse? In my experience, the worse a cosmetic procedure stings, the hotter you’re going to look, and so I was happy when I left the salon and my eyes were still watering several hours later.

I returned home excited to show Greg my fancy new bottom, and give him the vigorous freaking he deserves. We moved into the bedroom and I confidently removed my clothing and positioned myself ass up on the bed, ready for Greg to toss my salad; my hairless, newly-bleached salad. As soon as I saw Greg fumbling around behind me, his tongue poking in exploration at the bedding, I knew I had made a mistake. “Marco,” he said hesitantly, trying to make a joke about everyone’s favorite pool game. But it wasn’t funny: Linda had bleached my asshole until it was the exact same creamy ivory as my sheets.

My butthole was now as camouflaged as an arctic fox in a blizzard. We struggled for at least two hours trying to locate my butthole, but nothing worked. Without a visible butthole, it made having sex nearly impossible.

I collapsed on the bed in frustration and Greg ran to get his reading glasses and a flashlight to see if it would help. It didn’t. After orally pleasuring several coffee stains, Greg finally made his way to my anus, but it just wasn’t the same. This act of erasure was too much to bear.

The next day I called Chantal and made an appointment to get my asshole dyed back to its original color. “Wow,” Chantal said as she doused my anus in chemicals. “Going natural. I like it.”

So consider this your warning: If you’re going to bleach your backdoor, at least buy brown sheets.

And Now, I Shall Write a Children’s Book Am I A Bad Mother If I Accidentally Let My Child Get Sucked Into the TV Screen Like In ‘Poltergeist’?