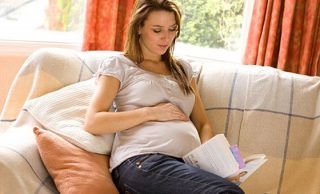 Turning 30 is hard enough, even if you’re not having any serious health issues. Your metabolism is slowing down, you’re starting to see more gray hairs, and there are wrinkles appearing all over your face. I never thought I’d be diagnosed with a rare health condition, then I found out my womb is bugs. And at the risk of sounding defensive, I want to make it clear: No, my womb isn’t the shape of a bug, it doesn’t attract bugs, and it certainly doesn’t birth bugs. Just my entire uterus, it’s all bugs. All of it.

I know, it’s shocking. Imagine how I felt when I got those results.

I first realized I might have wombus insecticitis three months ago when I was at a dinner party with friends. I was enjoying some wine and laughing at a clever remark when my pelvis started crawling toward the butter dish. Everyone asked me what was wrong, but I couldn’t answer because my hips were making swirling motions across the floral tablecloth. It was a week later, when my boyfriend caught me soothing my mons pubis by resting it under some cool rocks, that I realized I needed help.

Little did I know my ordeal was only just beginning. In this day and age, you would be amazed at the insensitivity and unbridled existential terror of so-called medical professionals when faced with WI. Rather than offering understanding, the first two nurses who attempted to examine me recoiled, and the third fainted. Like, come on, you went to nursing school; didn’t anyone teach you to be sensitive about someone’s lower abdomen being a crawling medley of thousands of bugs? While waiting for my results, I could hear the staff passing judgment in the other room, saying, “Wait, her womb is what?” and “Oh Jesus, oh sweet Jesus, what is that sound?” and “Bugs! Bugs! Bugs!”

I cried in my paper robe on the exam table. Wasn’t anyone going to tell me if I could have children?

I hoped for better from Dr. Chatterjee, but he was the worst of all. He looked me straight in the eyes and asked, “Your womb is literally bugs. They are visible from the outside. How have you not been to a doctor, any doctor, before?” I told him that his job was to treat me and my choices were none of his business. He then said, “Eek! They are biting me!” I was humiliated as he literally ran away, a few of my womb bugs nipping at his ankles.

At no point did anyone offer a kind word; not even a “How are you doing?” or “Everything will be okay” or really anything besides “Eek, bugs”. I hope and pray no one ever goes to that office again, if only to avoid the small pockets of my womb bugs that still remain.

If there’s a positive side to this experience, it’s that I better know my body and therefore myself. Now I know why my abdomen chirps at night, especially during molting season. I get why my boyfriend sometimes screams, “Ow! I think something bit me!” during sex. It explains why my period is also bugs.

Women with WI can still live normal lives. In fact, I’m going to the entomology department at a local university later today to see what kind of IVF options might be available. So before you say something hurtful like, “Quit bugging me” or “Looks like somebody’s got ants in her pants,” or “Eek bugs,” consider that you might be speaking to a woman with WI. And no, I’m not going to bug off. I’m going to fight.

If You Wanted to Use the Sidewalk, You Should Have Had Two Babies Like Me Here’s What It’s Like To Go A Whole Week Without Truffle Fries