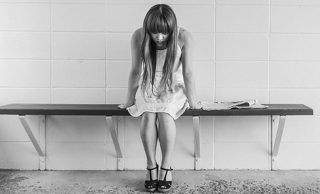 It’s happened to the best of us: that awkward moment when you accept a marriage proposal from your shoeshine guy, only to realize that he was simply kneeling down to shine your shoes. You’d understandably thought he was gearing up to profess his undying love for you and ask for your hand in holy matrimony. I mean, we’ve all been there once or twice, right?

In my case, it was seven times. Crazy, right? Sue me for being hopeful.

Each time I tell myself, “Calm yourself, girl! Do not read too much into this. He is your shoeshine guy—not your future husband and the eventual father of your children!” But somewhere around the kneeling and the buffing stage, things always get a little hazy for me. Perhaps the fumes from the shoe polish cloud my judgment. Maybe it’s just the thrill of sitting in a very tall chair. But somehow, my shoeshines always end with my acceptance of a nonexistent marriage proposal. Talk about embarrassing!

Can you really blame me, though? This unfortunate misunderstanding happened to me yet again this past Tuesday, and I swear, any gal in my shoes would have assumed she was being proposed to—the signs were all there! Let’s review:

Sign # 1: When I arrived at the shoeshine stand, the shoeshine guy said it was nice to see me. Every gal in this horrible dating scene knows that when a guy actually says something kind and polite, it means he’s serious about a potential future with you. He’s usually already at the stage where he’s thinking about what he’s going to wear when he introduces you to his parents. This is Dating 101. I thought I was past all this!

Sign # 2: After our romantic introduction, the shoeshine guy gallantly offered me his only chair, placing himself on the floor rather than allowing me to go without a seat. Chivalry isn’t dead after all, ladies! Everyone knows that when a guy offers you a chair and takes the floor for himself, it is a surefire sign he is already planning you romantic blissful marriage together—a marriage in which he always puts your needs before his own. Ugh! I thought this time was for real!

Sign # 3: He got on one knee! Then he paid a lot of attention to my feet—and I mean a lot. At first, it sort of creeped me out, but my creeped-out feelings soon transitioned to feelings of flattery, like he was sharing something with me that he loved. If he was ready to involve me in his career, that must have meant we had a real thing going! I always thought that if a guy is that interested in your five-toed calf danglers, you can guarantee he’s already picking out names for your future children. Turns out, I was wrong. Seven times. This one was pretty nice about it when I cried and passionately kissed him, telling him I want to bear his children, but the others weren’t always so cool about it.

So ladies, the next time you think your shoeshine guy might be proposing to you, keep these things in mind. Sure, in a best case scenario, when he kneels down, he will pull out a ring and ask you to spend the rest of your life with him. But be prepared for the worst-case scenario too: when he kneels down, rubs a scuff off of your left oxford, asks for five dollars, and looks confused when you scream “Yes! YES!” while kissing him. Men are so hard to read sometimes!