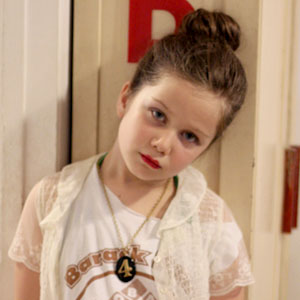 “I was not going to be a stupid girl singer. I was going to be way more than that.”
– Stevie Nicks

Summer comes in with its sultry breezes and dreams of long afternoons spent on the beach, under an umbrella with a stack of Marie Claire, or Vogue Nippon if I’m feeling ambitious (my reading level is just not quite there yet). I’m so happy to be out of Montessori School. Of course, I will miss Ms. Turk. She was a lovely conduit to the world of basic French, and her lipstick was always a perfect burnt ombre.

But oh—I almost forgot! Mere and I went to see Fleetwood Mac the other night. Stevie Nicks is, as always, an ethereal goddess. When mere told me she’s the same age as grand-mere I giggled. How is that even possible? If I knew the secrets of this universe I’d tell you.

This is how I chose to dress the day after watching Stevie Divine. It’s not quite the cowl neck maxi dress from Tracey Reese that I’m dying to grow into, but I did strike a certain something. Later I lost silk scarf privileges when I wrote some lyrics to “Landslide” on my bedroom wall. My mother said, “our co-op is not your personal palette.” I’d disagree as I’ve been reading some of the great diarists as my pet project for the summer (Emerson, Guevara, Wiesel, and of course now Ms. Nicks) and have come to believe that everything is meant to be experienced, produced, and consumed as art all at once.

For the record, the lyrics I wrote on my wall were: “Even children get older/I’m getting older too.” Maybe mother’s heart just broke at thoughts of me growing up. It certainly breaks my heart to think about it. Anyways, I can never stay mad at her with her beautiful bone structure. Plus the fact that she bought me a new Martin Keehn backpack for our trips this summer. I also got a new lip gloss. It’s hardly burnt ombre, but it tastes like red currants and isn’t that the thing du jour? I’m so in the flow right now, I could possibly die.

WHAT A F#$*ING WEEK WITH JAY CREW: ISSUE 5 White Woman Speaks: “There Are Just Too Many Katies”