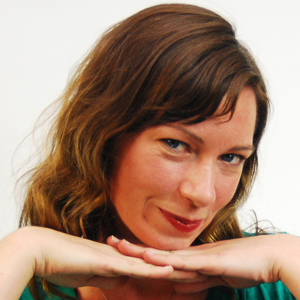 Before you inundate me with letters and postcards and emails, hear me out: My daughter Verahnika (spelling changed for purposes of this article) has had a very easy life. Bike helmets. Seatbelt laws. Panty hose. No smoking in utero. An trophy just for playing in a softball game. DVR. Tampons.

Verahnika is a spoiled brat who has no sense of cause and effect or consequences to her actions. At 16, she hit an elderly gentleman with her car and her lawyer got her off on ADD, OCD, and a term he invented called “bitchfluenza.”

Don’t get me wrong. I was the second generation to benefit from birth control pills. Well, no one wanted to date me, but not having sex allowed me to read voraciously (The Iliad AND The Odyssey) and to learn compassion. I developed character.

But some throwback genes on my ex-husband’s side allowed Verahnika to grow into a disgustingly beautiful girl. She has always had more friends than she could play with. I’m pretty sure she was French-kissing classmates at nine; It took me until I was 31.

So now I’m supposed to get Verahnika this vaccine that will ensure she never gets HPV, which might mutate into cervical cancer? Why don’t they just call it the “Free Sex Pass” vaccine? I have to deplete my retirement fund, just so that she can go to college to major in Penis? No way. That little strumpet deserves to get her cervix scraped after getting to second base with half of the basketball team.

Me, I wasn’t even allowed to attend my high school’s basketball games.

At some point, my happy-go-fucky little girl has to have some consequences hanging over her head, or festering inside her vagina. And that’s why I refuse to get her the HPV vaccine. If she ever gets a job (and it doesn’t seem likely) she can pay for it herself. I dry-humped in shorts once and ended up stuck with her. There was no morning-after pill, just morning-after remorse. Life has consequences.

That’s why I have to take my Cymbalta now.

In Defense of Being Defensive Unwanted Opinion: I Don’t NEED Nail Polish